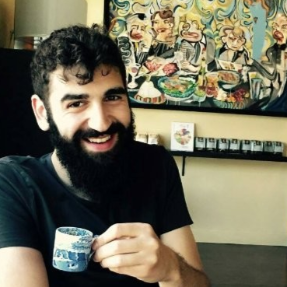 Jason St. George is a musician, educator, computer scientist, and machine learning engineer, currently completing his Master’s degree at Rochester Institute of Technology.  After a rural, quintessentially American upbringing in Upstate New York, Jason completed his Bachelor of Music Performance and Music Theory from University of North Texas in 2013, going on to a career as a musician and educator in the Dallas, Fort Worth area, where he worked and taught as a freelance professional for over 5 years, making a maximum of $21k per year.

After beginning to feel a general malaise about the future it began dawning on him that attitude was absolutely integral to achieving success at the game of life; adopting a growth mindset augmented by an emboldened risk tolerance that stretches the boundary of what is acceptable and even considered possible in life.

Since then, Jason has exited the music business in 2017, while still maintaining an intimate relationship with music itself, to learn the skills to become a “computer scientist” and acquire capital via a high-income W2 position to use for investment purposes.  He is currently published in Springer and presented his research on Sonification of Black Hole Mergers at the Modeling, Simulation and Visualization conference at the Computer Science and Engineering World Conference in July of 2018, where he was a committee chair member.  Currently, his attention is focused on Machine Learning and Artificial Intelligence research in the domain of music information retrieval, which companies like Spotify use to generate recommended artist playlists, and additionally modeling music theoretic structures as polytopic graphs which can embed notions of similarity between pieces of music and artists for classification purposes.